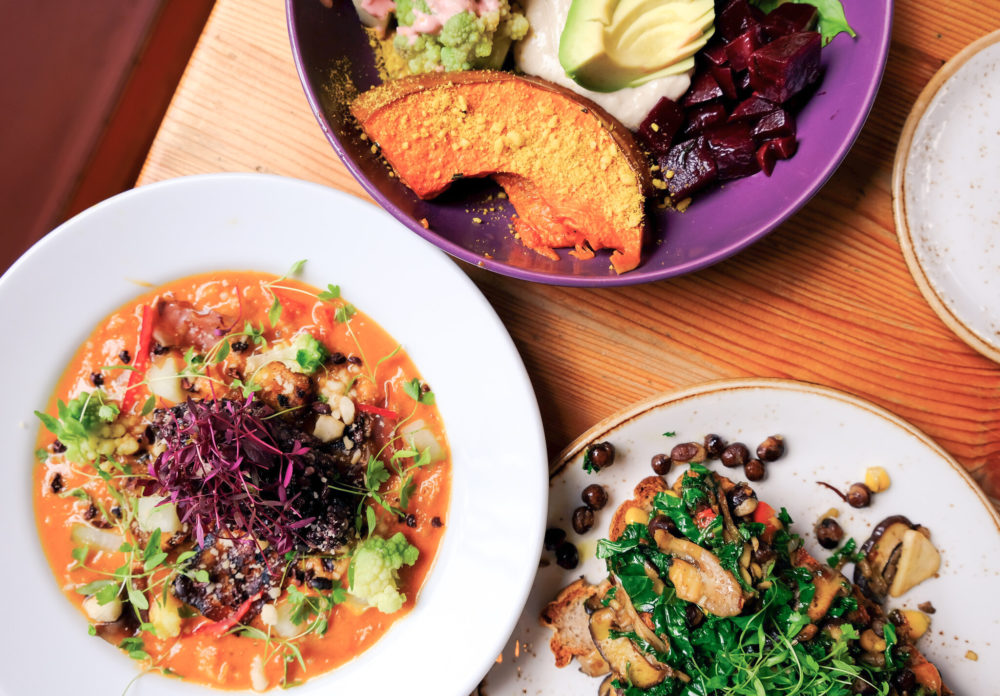 Thailand – also a paradise for vegetarians and vegans

Thai cuisine, based on cruelty-free Buddhist teachings, is quite plant-based in its natural form and contains hardly any traces of dairy products. As it evolved, ingredients such as fish sauce were incorporated into many dishes as a substitute for salt. The enormous choice of meat and fish furthered the ubiquitous image of Thai cuisine as a carnivore’s delight. Veganism, however, is on the rise in the Kingdom. Whether you are a lifelong herbivore or just want to take a healthy break.

Plant-based eating is no stranger to Thailand. The country hosts one of the largest vegetarian festivals in the world, Tesagan Ghin Je, every October. The market has an average growth of 25% per year and takes place in various locations. Phuket and Bangkok host the biggest festivals. This makes it easier than ever to go vegan in the Land of Smiles.
The vegan movement is growing in Thailand

Although the discussion about veganism is just emerging in Thailand, it is growing. Many Thai influencers such as Miss Universe Thailand 2017 Maria Poonlertlarp, Bangkok-based vegan chef Maricel Lukkanit and actor and activist Richie Kul are advocating the lifestyle and bringing it into the mainstream. In shopping malls, you occasionally see vegan pop-up stalls selling homemade and organic products.

With increasing public demand for produce, plant-based supermarkets and restaurants are on the rise across the country, making Thailand an emerging vegan paradise.

You’ve just arrived in Thailand and decided to check out the local market. You’ll be inundated with so many foreign foods that it can be a little overwhelming – especially if you’re vegan.

Here’s some practical advice on how to live as a vegan in Thailand, with some basic Thai words, restaurant recommendations and supportive vegan groups.

Ordering food as a vegan in Thailand

Living vegan in Thailand is quite easy. Fruit stalls are on every corner, fresh food markets are plentiful, and the demand for organic produce is growing. It is always possible to get vegan options in Thai restaurants, as the traditional cuisine consists mainly of vegetables.

The only problem is what they cook with. Chicken broth and fish sauce are used in most dishes, so go ahead and mention it if you want to avoid this. Say that you are vegan by proudly saying “tschan ghin je” (pronounced “tsche” in German) if you are a woman, or “pom ghin tsche” if you are a man.

While there is no commonly understood translation of the word “vegan” in some countries, this is not a problem in Thailand. The concept of veganism, or “jay” (เจ), has been around in Thailand for hundreds of years and is associated with Buddhist spiritual practices.

Look for red and yellow signs with the word “jay” written either in Thai (เจ) or in traditional Chinese characters.

If you’re trying to find your way around Thailand as a vegan, here are some essential Thai words and phrases that will make life easier for you and your waiter. From street stalls to restaurants, these phrases will take you to the promised land of vegans.

Ending these sentences with ka or krab (for women and men respectively) makes it more polite, which always goes down well in Thai society.

Use online platforms for information around vegan lifestyle

As a vegan travelling to or living in Thailand, the website Happy Cow is your best friend. It offers a wide selection of restaurants in your area and includes prices, reviews and photos of the food.

There are also several vegan restaurants on the popular Thai app Wongnai.

Like TripAdvisor, this app lists nearby attractions, hotels and spas, but is more commonly used by Thais as a “restaurant app”.

Anyone who has lived here for a while will know two things about Thais: they are born foodies and they love night markets. As a result, night markets are packed with food stalls and more than a few vegan options.

At places like the Krabi Night Market, the Train Night Market Ratchada in Bangkok or the Pai Night Market in the north of the country, expect to pay around THB 60 to 150 (Euro 1.64 to 4.10) per dish. Please keep in mind that some vendors use the same pans or cooking utensils that use animal products.

If you’ve just moved to Thailand, you’ll probably face the challenge of being the only vegan at the dinner table, but it doesn’t have to stay that way. There are vegan communities all over the country, and they continue to grow as more and more people become aware of the lifestyle. In places like Chiang Mai, Bangkok, Phuket and Koh Phangan, it is easier to find vegan communities and vegan food as these places are the main centres for vegans and vegetarians.

In these groups you can find more tips on living as a vegan in Thailand and find out about the best places to eat in the area.

Check out these groups if you are interested in vegan activities:

Root The Future: this is all about educating people about climate change. They are always looking for people to help with projects, outreach and content creation.

They have also teamed up with dear-tummy.com to start the first vegan supermarket in Thailand called Vegan Basket.

Vegan Camp: It is located in a small village called Li in Lamphun province, about 130 kilometres south of Chiang Mai. If you want to learn more about organic farming in Thailand, this is the camp for you.

Even though the pandemic has temporarily stopped operations, the camp usually offers other activities such as gardening and harvesting, cooking, developing organic farming methods, making natural products and other creative projects.

Vegan restaurants are usually marked with a yellow banner and red Thai writing – เจ – that looks like the number “17” when enlarged. Speciality restaurants of this kind exist in every city, but that plant-based cuisine is becoming mainstream is a relatively new development.

Want to give up meat and dairy one day a week? Here are some favourite certified vegan spots in Bangkok and Phuket.

Rootthefuture.com is publishing its new Plant Based Food Awards list for the second time. Vegans were able to vote for their favourite vegan dishes and restaurants. More than 20,000 votes were received.

Root the Future is a website founded by Brit Max Hellier and Australian Joanna Broomfield that promotes a plant-based lifestyle in Thailand.

Here are the winners of the Plant Based Food Awards 2021:

Best Cheese: Butter Me Up

Best Burger: The Chickin Hawaiian Burger from The Vegan Table

Best Cheese Base: The Vegan Table

Here is another interesting link to cafés in Phuket, because Phuket is particularly close to my heart.

If you’re not mobile enough to go out to eat at your favourite vegan restaurant, or perhaps you’re not yet comfortable with the delivery app, the solution is to cook for yourself.

Cooking at home is one way to ensure that all ingredients are vegan.

What is the national symbol for vegan? 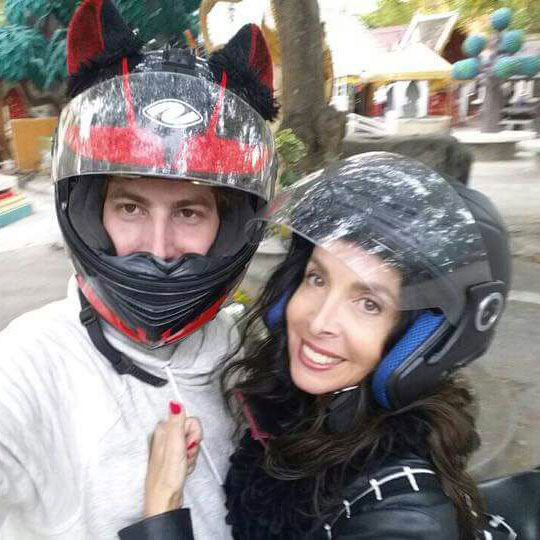 I, Emanuela, live in Germany and my son André in Bangkok. Together we created this site to make it easier for tourists to get started in Thai life with lots of tips.
Here you can learn even more about us